Contemporary Authors (included in Literature Resource Center)
Ref. PN771. C586. This sources provides biographical information and bibliographical reference on a wide-ranging group of writers, including non-literary types such as journalists and academic authors. International in scope.

Literary Reference Center Plus  - This full-text source includes biographical and critical analysis, as well as plot summaries from Masterplots.

New Cambridge Bibliography of English Literature (Ref. PR1101. Z99 B31) - This standard reference work provides a selective list of primary and secondary resources on British writers who were established by 1950. It indicates important modern editions and reprints of older texts, and serves as a supplement to the original Cambridge Bibliography of English Literature, which includes more comprehensive background biblographies, and next to which it is shelved.  A third edition is planned but so far only one volume (the Nineteenth Century) has been published (Ref PR1101.Z99 C36 1999).

The Cambridge History of English and American Literature: An Encyclopedia in Eighteen Volumes - Compiled over fourteen years, from 1907 to 1921, the Cambridge History contains over 303 chapters and 11,000 pages, with essay topics ranging from poetry, fiction, drama and essays to history, theology and political writing. The set encompasses a wide selection of writing on orators, humorists, poets, newspaper columnists, religious leaders, economists, Native Americans, song writers, and even non-English writing, such as Yiddish and Creole. 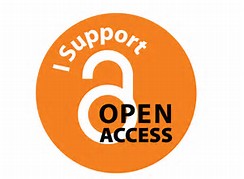